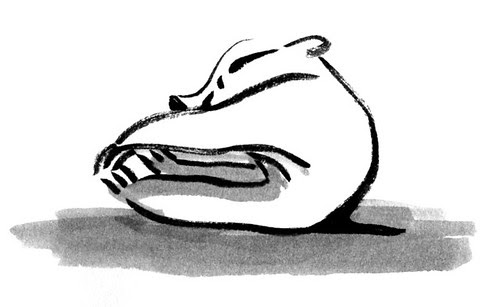 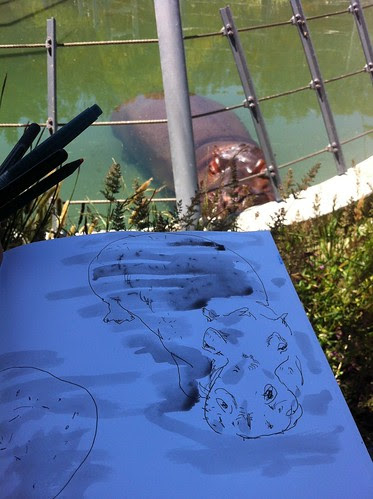 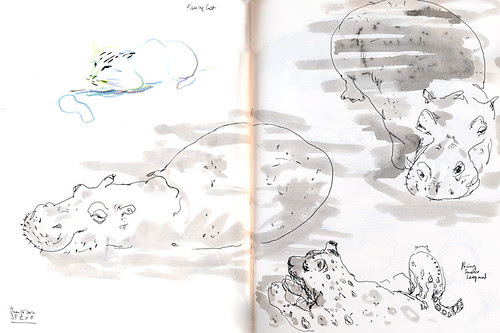 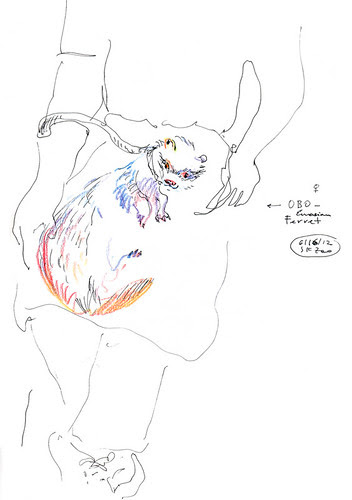 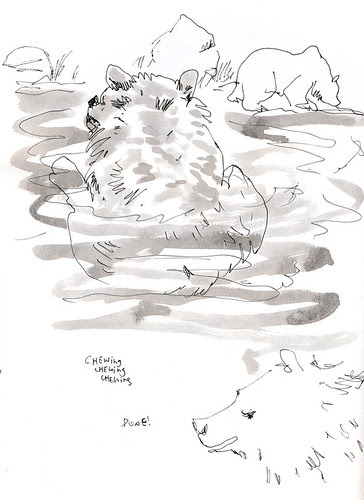 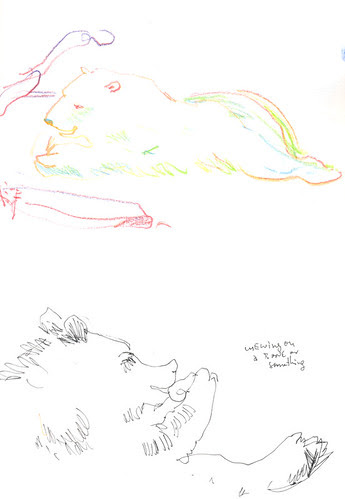 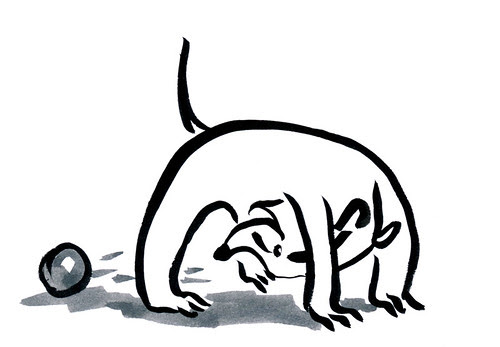 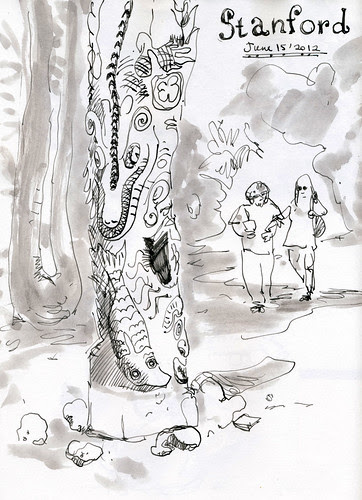 University was filled with graduates and families. Great time :) 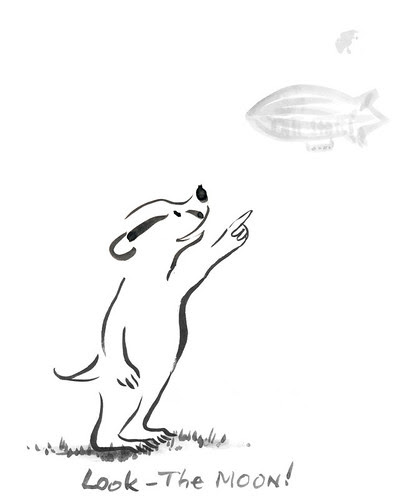 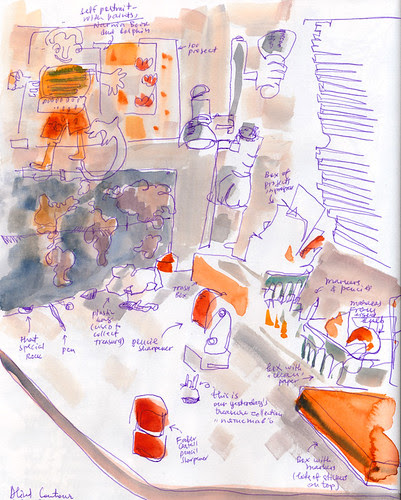 First three weeks of June were a little like this drawing: I saw a lot, I drew quite a bit of it and I got a lot out of being with it.
Now it's time to scan, process, post and get back to "normal" life :)

p.s. this page was drawn as mostly blindly but I did look at the paper when splashed some color on it ;) 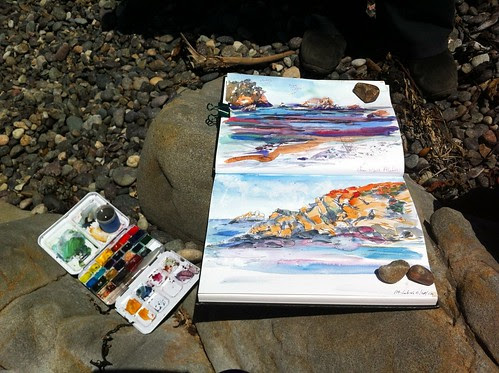 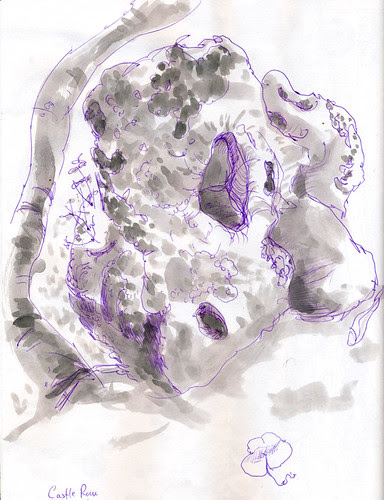 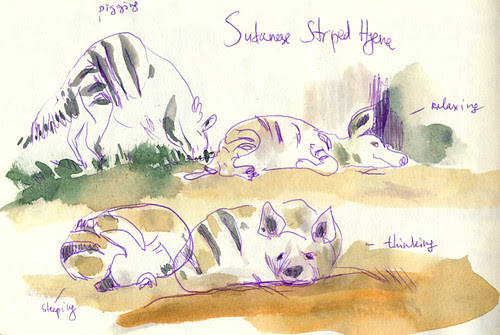 May 2012: San Diego - Zoo, a photo by apple-pine on Flickr.
San Diego was unexpectedly cold, very pretty in purple jacaranda trees and extremely interesting to sketch - no matter where we were :)

Below are some of the highlights of the trip - with comments. 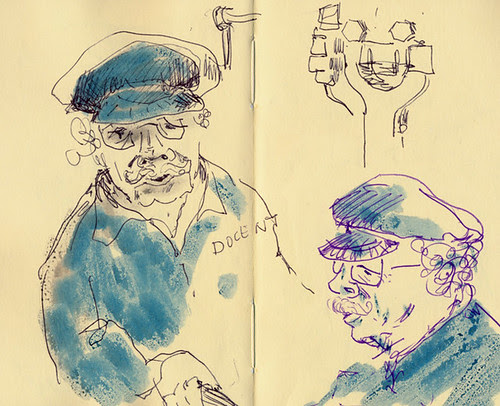 Maritime museum is a treasure - it has a replica of San Salvador, wonderful Star of India which is the world's oldest active sailing ship, plus Cook, Melville, Gauguin - Three Voyages to Paradise exhibition and two submarines! (I had to draw the Russian one :)
Oh - and docent on the steam boat was amazing - and not only because of grand mustache :) We got to see steam boat guts at work with detailed explanation and that's a first one for me!

Zoo was great - we started early and saw lots of animals have their breakfast. A lot of ground to cover though! 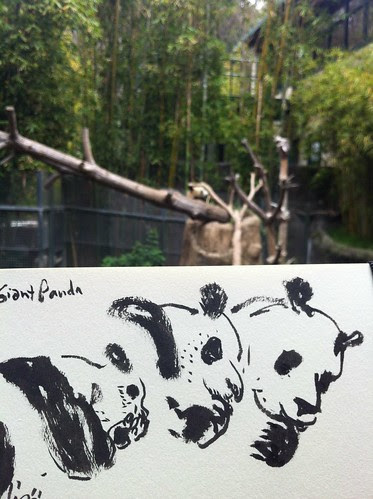 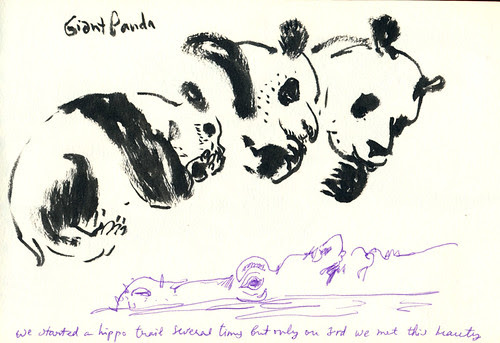 There were two pandas - one was eating, one was sleeping. I don;t remember which one was which :) 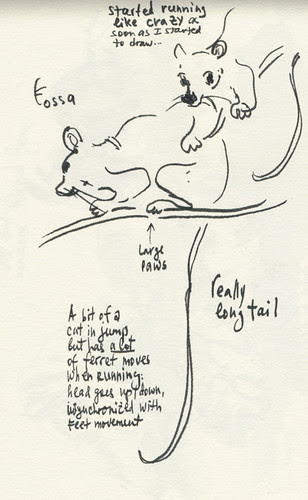 This was first time I saw Fossa - and it did not disappoint me - surprising mixture of cat-like features and ferret-like movements, large paws, very long tail. And very very very fast subject to draw... both heads and tail us what I got from life - the rest I tried to add from the photo... 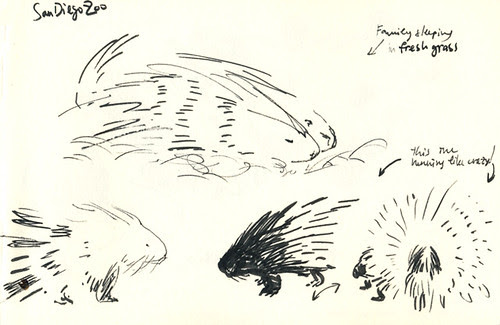 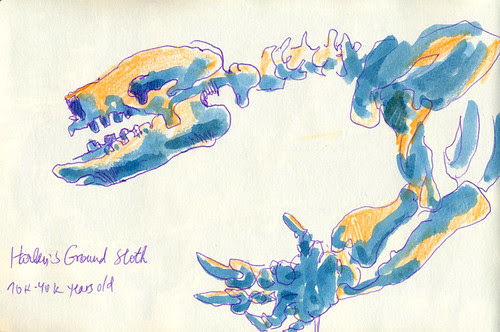 And we visited some other museums - and first one was Natural History with great collection of skeletons for me to draw :)