Sketching Parents - during peace and now during war.

I drew my parents today - as I almost always do when we have one of our video calls.

I want to share these for a special reason. Because these are the real human faces of war that Russia declared on Ukraine. These are people whose first language is Russian, who grew up in the Russian-dominated culture of the USSR yet who never were persecuted for their language or Russian ancestry, ties, and friends in Ukraine - since it became independent 30 years ago. Ukraine has many complicated issues but the picture that is painted by Russian propaganda is a complete lie. And today Russian army is shelling a peaceful independent neighbor under a pretense of saving Russians from genocide.

There are too many feelings right now. But one thing keeps surfacing for me - I am so very grateful for the technology that allows me to be in touch with them - especially right now. 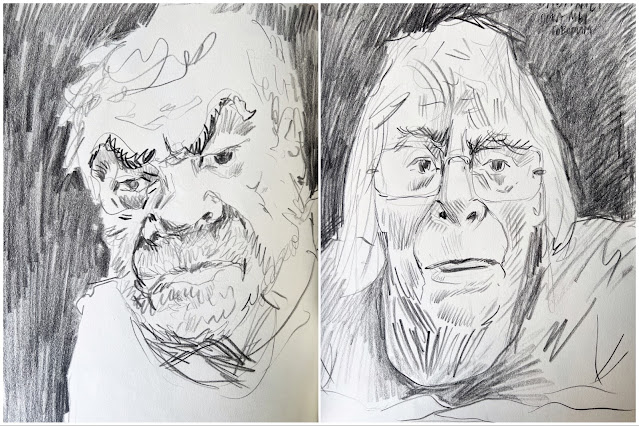