June 2, 2022, Day 99.
They greet me with: "The day was great and it ended with a splendid rain!" Dad recommends to me some places where I can learn more about Ukrainian curse words. My parents never curse (in my presence at least) so I mention that this is a strange conversation - but they reply that I should know Ukrainian curses because they are different from russian. We talk about things that should be included in the education of a human. And about the cat. 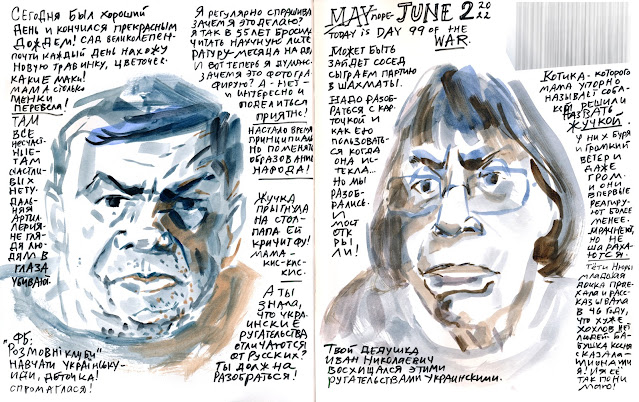 June 3, 2022, Day 100.
I was dreading today's conversation with my parents, thinking that they might be in a very pessimistic mood because it's been 100 days since this senseless madness tore their life apart. There are many reasons to be sad today. And there are so many uncertainties - for them, for Ukraine, for the world in general. But my parents proved me wrong, and we had a great conversation. They listed how the weather kept changing all day long (with sound effects). They remembered some old movies and songs and discussed how much progress medicine made in the last century and how they might use it one day. They told me news about all the family and friends, and the list now includes reports on all the pets. My aunt saved a dog from Bucha right after the horror that happened there. It was scared and sickly - but it finally started eating well - now it weighs 70 lbs and they got her registered officially. They told me about new plants and birds they found (both outside and online). I got the report that there are four cherries on a cherry tree and that herons were flying by. What more can I ask? 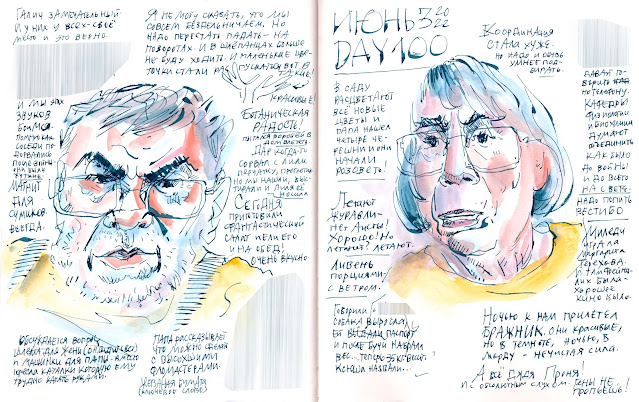 June 4, 2022, Day 101.
We talk about different writers and poets and how the Soviet Union made many talented people into its tools, and many more just lost their ability to write. Yet some persisted. And the way how they did it was to work menial jobs and have zero ambition in literature. The conversation turns to what additional professions these people had and we end up talking about how many professional people have in general, without often calling it that. And how one of my grandfathers had to know all the work around the village. Mom says: it is you either learn all that or drink. 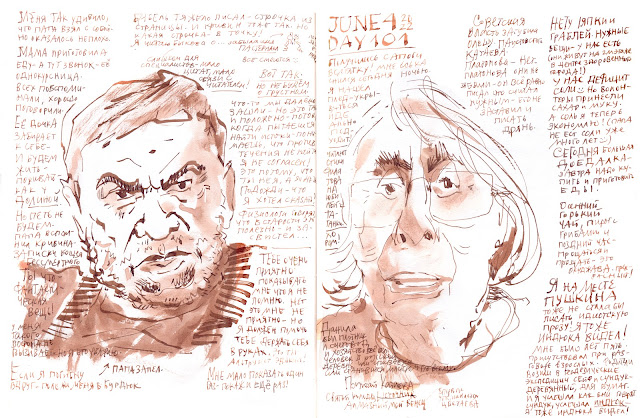