My painting friend posted about an iris garden in my area and a visit there was immediately put on the list of plans. By the time plans became reality it was an end of the season but the garden did not disappoint: tons of colors and fragrances assaulted me from the beginning. Plus there were ponies to look at, a bunch of rusty cars, a donkey (whom I did not see but heard pretty well) and just beyond the garden - running freely in the field was a beautiful horse with a foal.
But back to the irises - I could not decide on what to paint and then just sat in one spot on top of the hill and turned around me when I needed a new flower to paint up until it was time to go. I have to tell you though - people who name these irises are really funny! (Amethyst Flame, Barocco, somebody's Glory, another's flow, and so on and so forth). 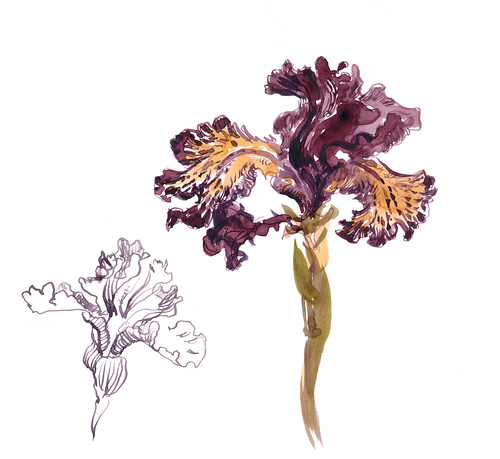 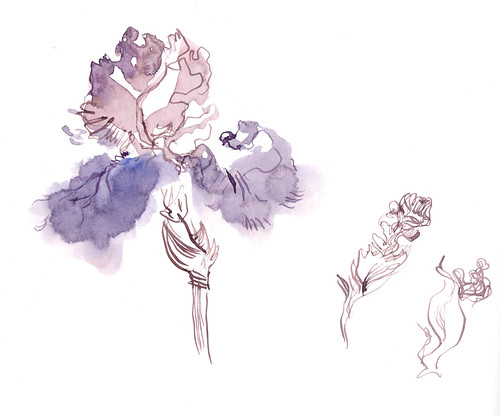 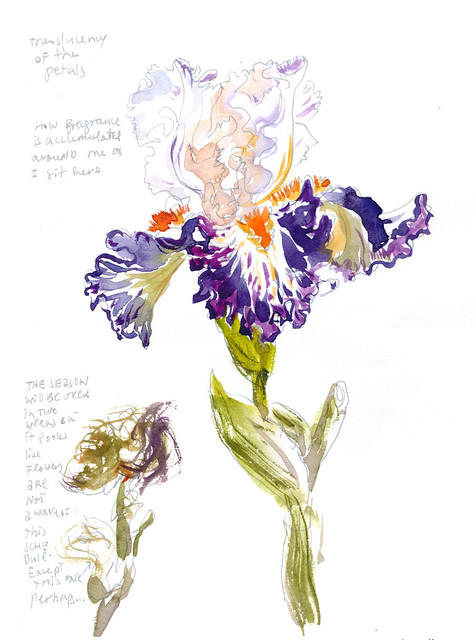