Inspired by one of the posts I found on a new blog by Roz, I decided to give a little kick to a couple of dying Faber Castell Pitt Artist Pens.

First - I performed a sharpening technique: pull the tip out out, flip it around and use the other end, which is also pointed - worked like a charm - a couple of "inky" fingers and one happy camper with a sharp brush pen! 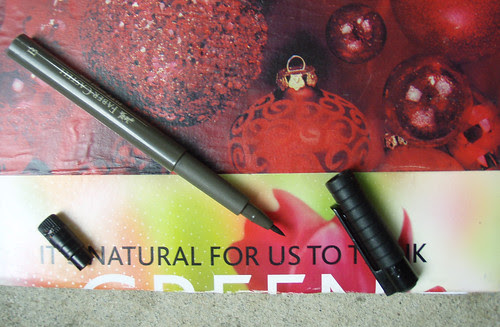 Second thing was adding some rubbing alcohol. The pen was used for quite some time and was running out of gas. So I decided to give this technique a try: opened the top part (shown separately on the image below - please do not be lazy and get pliers - I used my teeth and it's not the smartest move - the cap is hard!), added a few drops of alcohol and - VIOLA! The pen has more life! It's still getting dry fast but it starts with darker color and is holding it longer. I've used it for over a week daily now - and feel that it definitely is worth doing!

Third thing I did was to try and flip the tip of my Faber Castell Pitt Artist Pen in a size of S. This happens to me a lot - the tiny tip get's worn -off - especially when I am using cold-press watercolor paper (and a big part of this handmade journal about which I will write a little later is exactly this). So - I decided that I will try the same: pull. flip, put it back trick. It did not work. 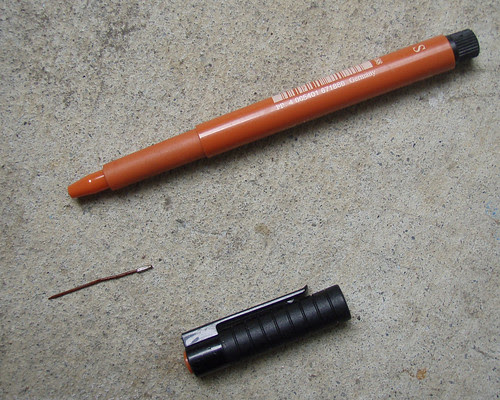 May be it's my hands not aiming in a good way - may be the pen is not designed to do this - but the result is broken metal tip :(
Miraculously, what's left of it - even though sticking oddly and sometimes trying to fall off - writes better than before! :) 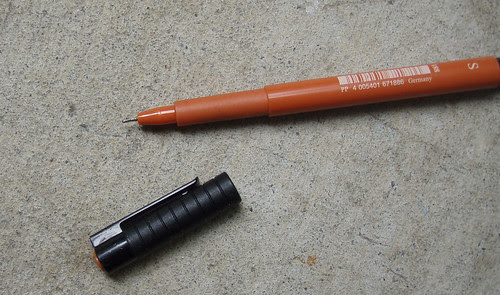 Email ThisBlogThis!Share to TwitterShare to FacebookShare to Pinterest
Labels: Process

Amazing and very interesting. Thanks!

I wondered how to make mine last longer. Thanks. I will give it a try.

Ah, this IS interesting. I bought a new one the other day, for a shop miles away from my home, got it home and it does not work. At all. I was sure I'd tested it, I always do.

When you say alcohol, what did you use? Any kind of alcohol?

Thank you all for visiting and commenting!

Andrea;
It can be any alcoholic substance - but stronger the better. So if you have a choice between leftover cognac or Chanel fragrance, I am afraid it will have to be Chanel - as it's usually 80% proof where cognac - only 40 ;)

It would also help with freezing - dry pens freeze much much easier and a few drops would add that protection as alcohol has a much lower freezing point. I usually used strongest medical alcohol I could find. In the USA it's rubbing alcohol which you can get in any pharmacy.

thank you for the tips, Nina! I'll have to try that. I hate it when a pen I love decides it's done before I am...

you are very welcome, Kate! Just remember to think what you are pouring if you are sensitive to smelly things ;) I once used a perfume borrowed from someone on the trip - it made me throw away the pen really FAST! ;) 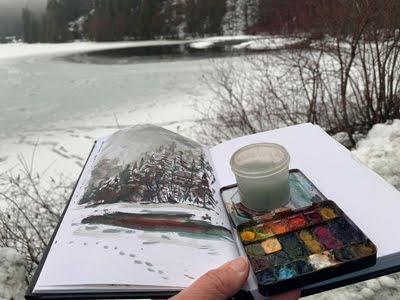 I will be teaching a workshop with Suhita Shirodkar  and Gay Kraeger  again! Sketching Trio presents:  Draw From History June 1... 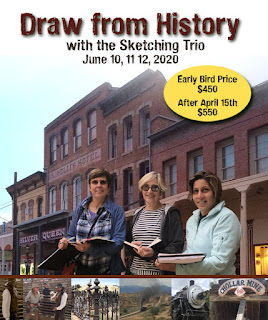