August 30, 2022. Day 188 of the war.
We had some difficult topics to discuss and I was doing a lot of talking so I ended up with a lot of small sketches which I later combined on this page with some notes. Uncertainty in all areas is putting a lot of pressure on everyone and decision-making is a process. So far - without results. 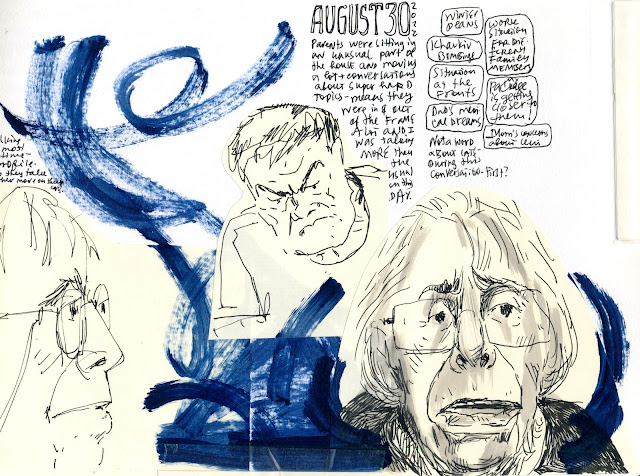 September 1, 2022. Day 190 of the war.
Conversation with my parents was about Traditions around September First - it is the beginning of the school year for all educational institutions in Ukraine. I always liked that the whole country has this day in common. My parents read me some poetry and suggested more to find online. I realized that my Dad is not receiving my weekly newsletter and quickly signed him up. We gave each other reports about people that we were in contact with during the last day or two, about Kharkiv and the latest damage. Mom managed to catch a cold but hopes it will clear up by the time of my next call. 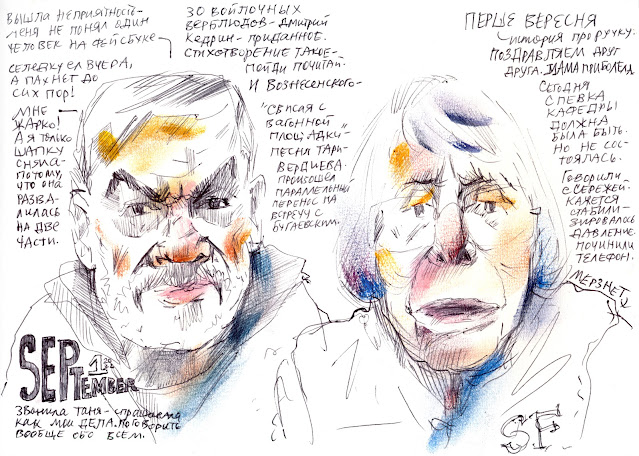 September 4, 2022. Day 193 of the war.Mom was feeling a little better but still ill. Despite her cold she found several mantises with eggs and spent some time hunting for the best angle to take good pictures for me. She told me that the first mantis she saw in her life was yellow as her Mom found one for her in Eupatoria (Crimea). But all the mantis that she shared with me were green. We used to build tanks and keep them when I was a kid.  Mom also remembered how she went to Leningrad with her friend for the conference, and they got two irons there and were walking with a super heavy bag between them. If you are interested why anyone would buy iron in another city - in the Soviet Union many things were available in central cities but not in smaller ones - but this I knew as I grew up with this. What I did not know was why two. My parents laughed and explained: electricity was expensive and gas was cheap - so everyone used gas to iron - with two irons. You would heat one on the stove and start ironing while the other one is heated. 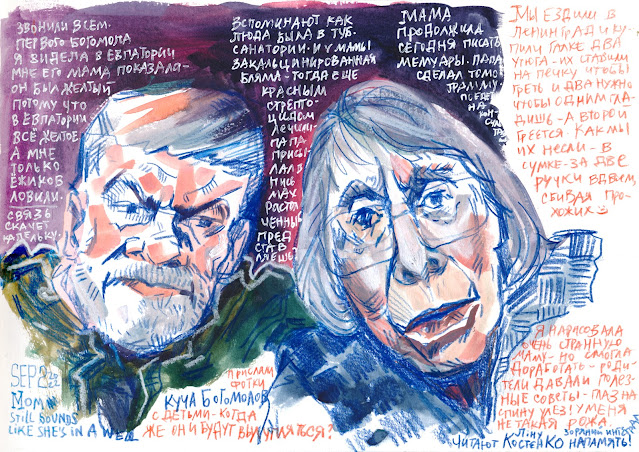