Making Paper Cut Sketches is a Lot of Fun - Try It!

I regularly draw at kid's activities - and often these are really good, intense life drawing classes. But doing that several times a week for several years gets to you and you start thinking up new ways to practice - so I've picked up some color paper and scissors and now challenge myself to make a paper cut-outs of the movements and poses. 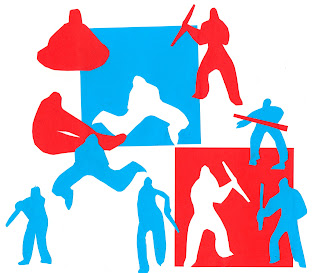 I made a folder with all of the sketches done with scissors: https://www.flickr.com/photos/23173190@N07/sets/72157688760574933
A couple of technical notes:
1. Scissors. I love victorinox knives but the scissors were killing my fingers after one class - so I got small scissors from my sewing kit (these actually have rounded tips - I want to try some sharp scissors too soon.
2. Using smaller pieces of color paper was a great idea as I often have to rotate the paper and even fold and move it quickly to catch the shape of the movement and dealing with the large paper was just ugly (and wasteful).
3. Carrying ziplock bag for all the tiny pieces of paper that are leftover saved me from extra cleaning after the class.
4. Having a glue stick and some extra pieces of paper with me gave me a chance to compose some of the pages right on the spot and it felt more like a complex scene made right there rather than a bunch of quick gesture sketches. 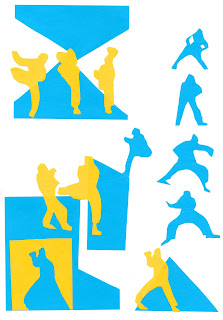 I want to try:
1. Some unusual scissors
2. Exacto knife
3. Making more compositions with the holes (negative space) left after I cut out a figure
4. Making multi-part pieces (I tried it with the cello and it did not work well but I think it's worth experimenting. 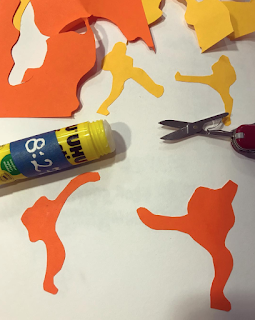 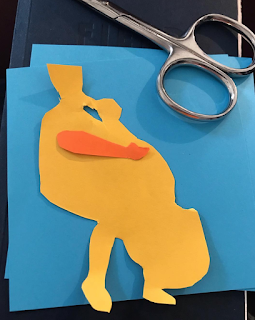 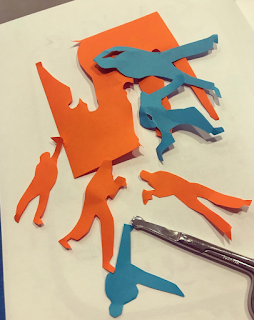 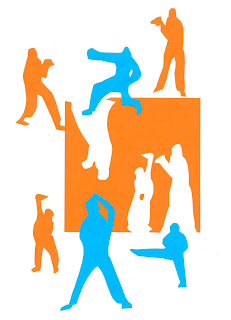 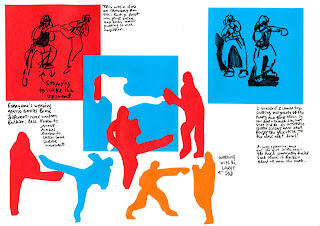