I discovered Mary Oliver through the recommendation of a friend a few years ago and since then became a collector of little bits and larger pieces that I loved and many that I felt I did not grasp but with time they would open up for me and I will grow to understand them. Mary Oliver's passing last week plunged me down the rabbit hole of reading her poems again and one of the places where I got lost (in a good sense) was brainpickings.org
There I found a name of a new for me poet - Wisława Szymborska. She was a Polish poet, essayist, translator, and recipient of the 1996 Nobel Prize in Literature. She was alive in the wonderful sense of this word - and I think
I am sitting by a large pile of books I've already absorbed - many have both English and Polish texts side by side and I find it immensely pleasurable to read poetry like this. My Polish is almost non-existent - it's based on my Ukrainian origins, movies, songs and a couple of visits to Poland. But it's enough to touch a little bit that illusive another dimension of the language, feel how words are formed and how they sound. 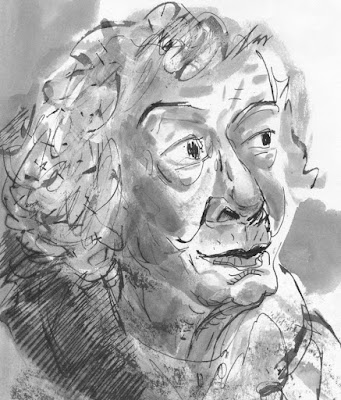