July 27. Day 153 of the war.
I did not draw Dad because he was in a different part of the room - talking to a guest. Mom reported that she fed all the animals - including a wild hedgehog who stopped by almost every day. He had a bit of an accident and got stuck in a jar but managed to get out. She is reminiscing about all the people who are gone from her life and says she missed them dearly. But glad that they don't see this ugly war. How long will it take to rebuild the country and the mind? 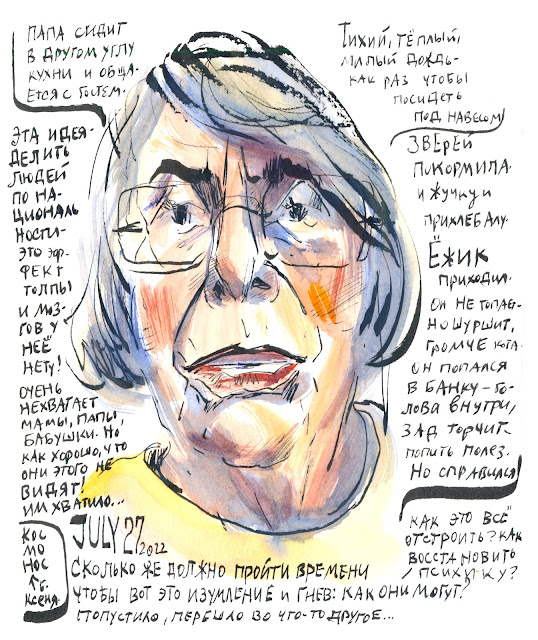 July 29. Day 155 of the war.
The previous day was very hard - horrible news and such a heavy heart. But they are concentrating on the fact that after the rain they were able to fix the internet and their neighbor stopped by, the cat brought another mole, and thee collected another half-a-cup of mulberry. 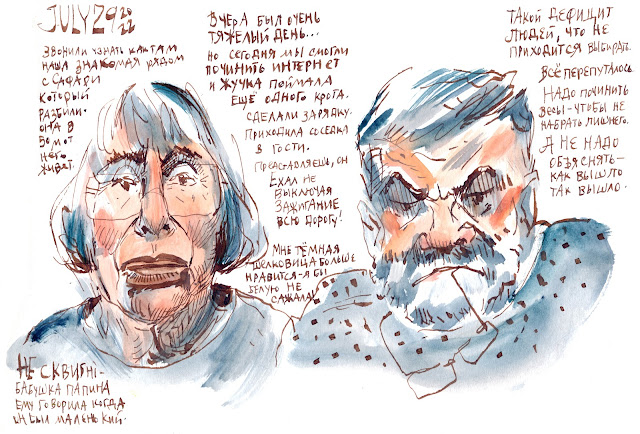 July 31. Day 157 of the war.
We had an unusual conversation with another family member joining in on the video call. Parents were explaining to us why is it that butter dough is tastier if you bake it after putting it in the fridge. I want to ask them some hard questions, and Dad immediately makes it into a joke asking me what kind of conversation I want to have - and then he goes into explaining to me the difference between three French verbs for different kinds of talking. Mom corrects his explanation in the middle. They end up singing a song and I stop asking my questions. We talk a bit about weather-related events in the world and Mom says - how nice it is that nature does not depend on people - it will survive without us very well. I leave them plotting how to buy and carry a watermelon (it is too heavy for either of them - but I think they have a plan :) 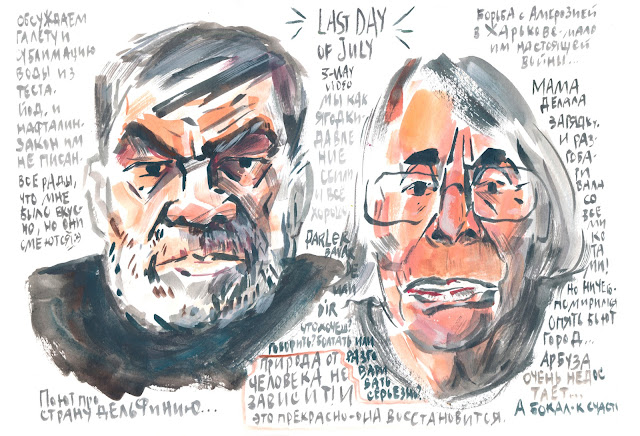