August 16. Day 174 of the war.
This was a hard day for Kharkiv and we mostly talked about it. Five separate areas of the city were shelled, with many casualties. My parents told me about the phone calls - checking on all the friends and relatives. And just supporting each other. They talked a little about their home and the weather. And how little things start to point to the approaching end of the summer. 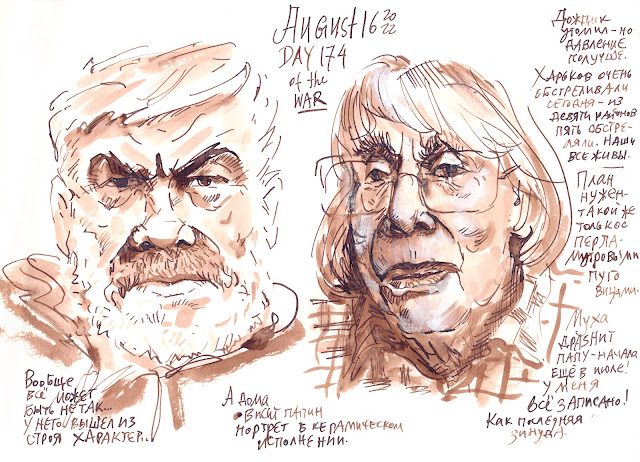 August 19. Day 177 of the war.
The news of the day was about another shelling of the city, one of which ended up one block away from their apartment. But the windows are intact. Life goes on. There are many concerns, uncertainties, and resolutions about the upcoming school year. This all brought up many memories of their parents. Somehow to me, they looked more lost and more determined at the same time. 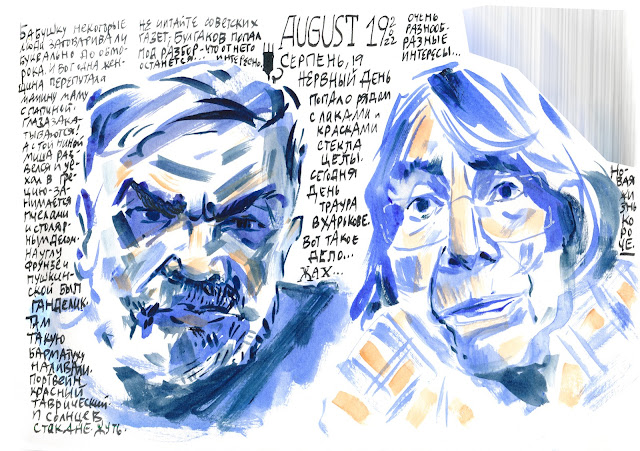 August 21. Day 179 of the war.
Almost six months since the war has begun. I drew my parents and then decided to try and not add words to this image - instead, I have a separate page filled with lots of notes about our conversations and some more sketches. There were so many big and small memories and stories on that day - we tried not to concentrate on the approaching date but talked about music and recipes. Apparently, they can sing parts from Romeo and Juliet by Prokofiev together. And they suggested I put apples in my vinaigrette salad. It was another day when I learned something new about them! 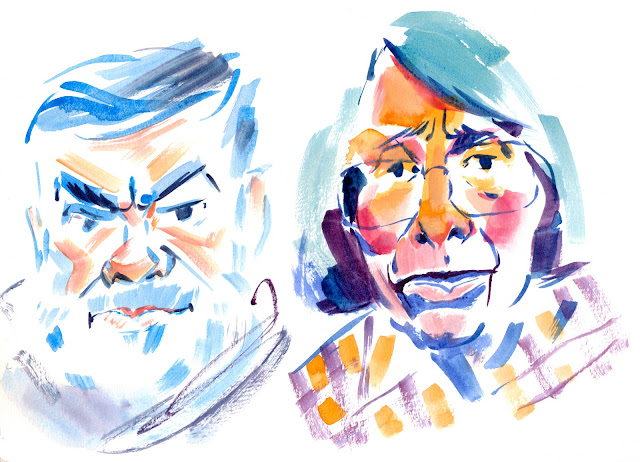