July 12. Day 138 of the war.
My parents looked very much alive and happy - telling me about pancakes and all the mischief that the Cat managed to do since we spoke last (it gets a lot done in 24 hrs!). But then some loud aircraft started flying above them - so loud that I was able to hear it on my end of the world. And suddenly they were back to the horror of their life in pieces, their home far, their family dispersed, their city bombed daily, their country fighting for its life. 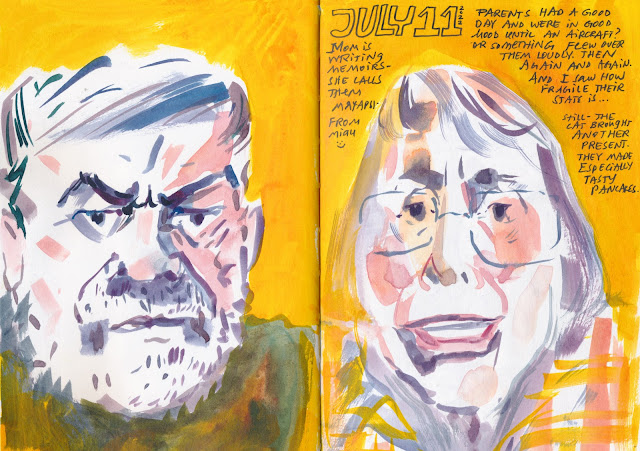 July 13. Day 139 of the war.It is the day of my parent's wedding anniversary. They had a guest - their neighbor stopped by. There was wine with the dinner, and the cat brought a grasshopper, as a present. Mom consults me on some mending projects. The weather was ghastly but beautiful: one storm was chased away by another, and there were several waves of hail. It was so cold that Dad did not go beyond the doorstep during the whole day. Mom said: if only we did not have the war. 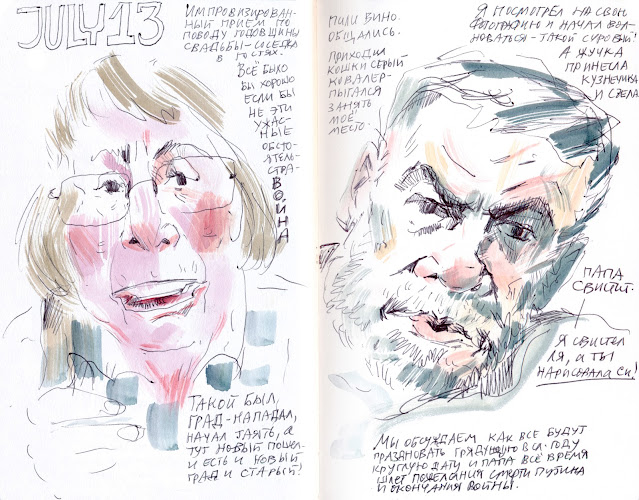 July 15. Day 141 of the war.Dad reports on Mom's progress with learning all about the new (for her) phone. We talk about the horror of the Vinnytsia attack. Mom says that waking up is very hard because the dark memories come in waves. And the only way she sees to live now is to think about one day - today. 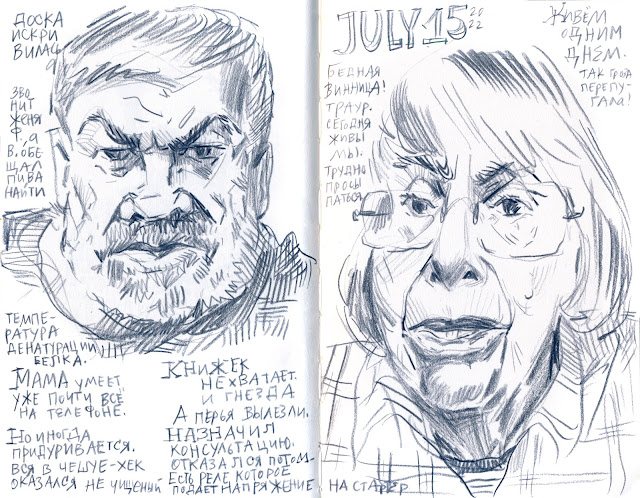