Kharkiv is being shelled every day by russian army since February 24, 2022.

April 20, 2022, Day 56.
There is a black cat that is now visiting my parents daily. They say that the cat has too much of an attitude. He sprayed the door repeatedly and stole food from the dog. They sang me some songs from my childhood and taught me some new Ukrainian words. Mom repaired some clothing - so the day counted as productive. 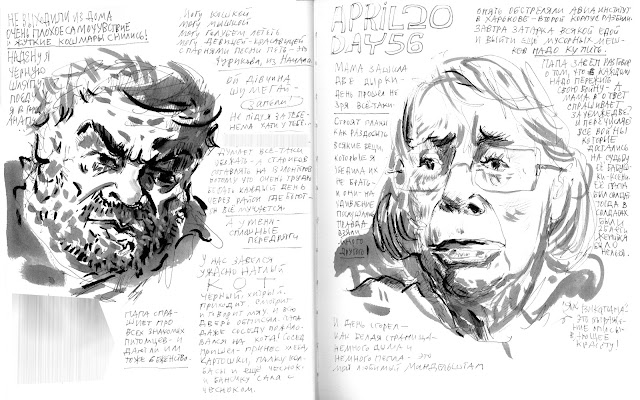 April 21, 2022, Day 57.
Many hard things were discussed, and the mood was strange. My mom said that the weather wasn't so bad as the clouds were higher than yesterday. To which my Dad replied - it was only in your eyes that they were higher. But they got some fresh bread which was very tasty (they both are bread connoisseurs and eat it with everything - including pasta). And some cheese and even some oranges - and it was a good mood adjuster for them. 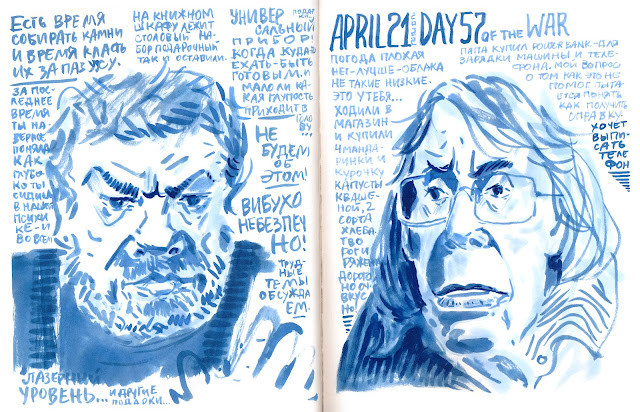 April 22, 2022, Day 58.
On this day conversation turned many times to their home. They miss it a lot. Little things just slip through in the conversation. They tell me that they made a cabbage soup - vegetarian. And then - "to fight the vegetarianism", they opened a can of patte. War is weighing them down a lot on this day but Mom found the very first grape snail and one of the trees started to bloom - so overall there are many things to be grateful for. 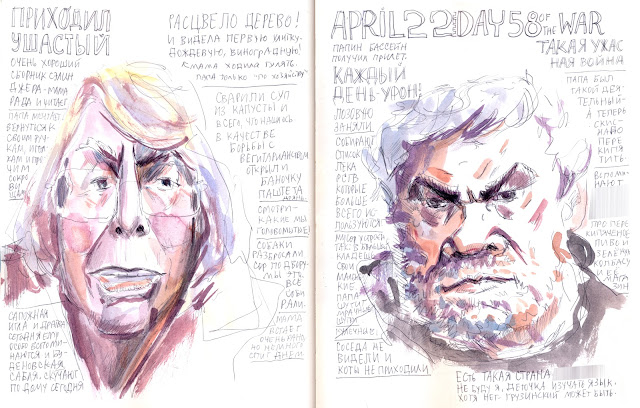