October 5, 2022. Day 224 of war.
A conversation filled with laughter - good weather, no bad news on that day. Mom tells me about her daily routine: up at 7, brush her teeth, monitor blood pressure for them both, and take pills. Then breakfast and feeding cats. Then phone calls to all the friends and relatives. Then turning on the TV to listen to the news. Working on memoirs, checking on all the plants, and making lunch. More memoirs, more phone calls, emails, reading, dinner, video calls with me, or more tv and conversations with people. Reading before going to bed. Her kindle is acting up and she is using Dad's which is acting up too. They miss their home and bookcases - they have a large library on various topics. 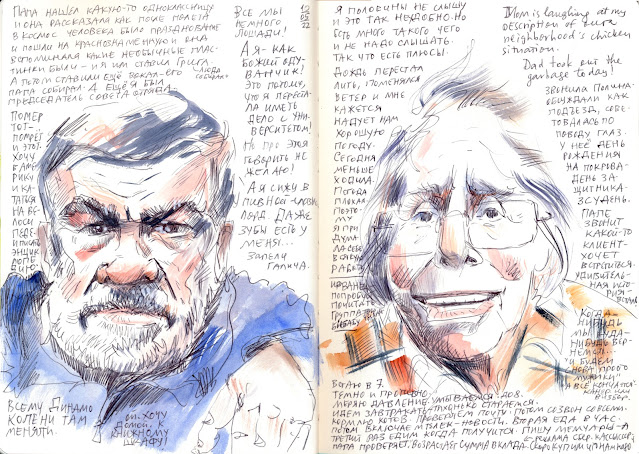 October 7, 2022. Day 226 of war.
Dad is telling me about his exercise regime. Mom is telling me about the newspaper that she was publishing with two of her childhood friends when she was in elementary school. We laugh at a new meme - it is a Ukrainian language pun. It brings us to talking about some Ukrainian songs (with singing and chitchat about recipes mentioned in that song). There was a big commotion: a stray male cat wanted to enter the territory and two cats who now think that my parents are their humans loudly protested. The intruder is gone. We go over the list of friends and relatives, and some of the conversations turn serious. I ended up drawing parents rather sad. 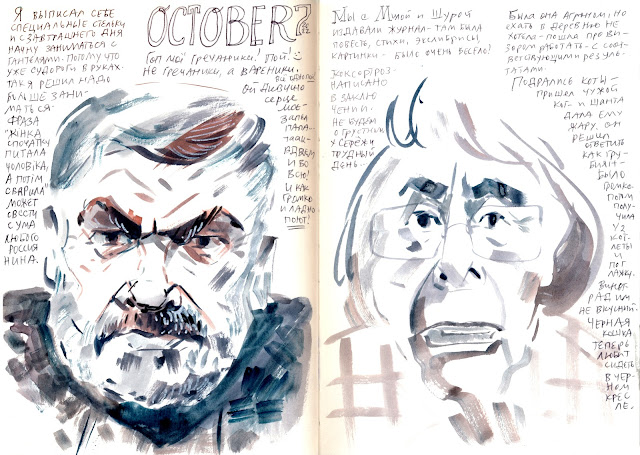 October 9, 2022. Day 228 of war.
Parents are reporting that the weather has changed to fall completely. This is a conversation filled with memories. Mom remembers times when she did not have lipstick but wanted to use something and used blush on her lips - the result was a disastrous peeling. They talk about how there were no or almost no clothes for babies when my brothers were little but I got some "real ones". Still - lots were made by hand for me as sizes were non-existent. They remembered a song that they liked and sang parts of it to me. We had a good time walking down the memory lane: dogs, kids, and parents were remembered fondly. We did not talk about the war at all. 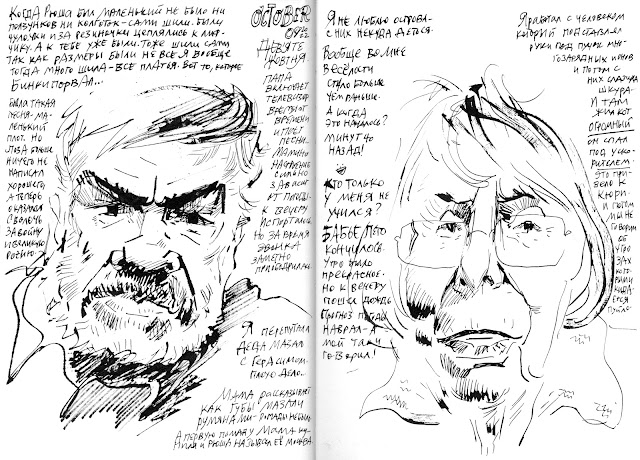