Art and War in Ukraine. Part 4. Mistograf - a family of urban sketchers from Kharkiv.

"Mistograf" - is a family of architects and urbanists. Tanja and Jaroslav and their three kids (Yulia, Olya, and Marko) were living in Kharkiv, Ukraine. When the war with russia began on 24th of February, 2022 they, together with their parents, spent 5 days hiding in the basement of one of the buildings in the center of the city. They left Kharkiv for Lviv on a train that was filled to the brim with people and pets. Since then they made a camp many miles away from home in a tiny village in the Mountains of Ukraine. From there they travel and tell stories about different cities of Ukraine, how they lived before and how they live during war. 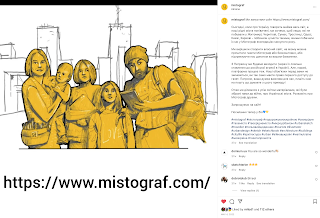 Despite everything that is happening in Ukraine this family kept drawing through whatever was happening to them. They were drawing while hiding in the basement (when Kharkiv was shelled many times a day). They were drawing through evacuation and then moving from place to place. Without much materials at first but never stopping they drew parts of Ukraine as they moved through and then after they settled a bit, they started traveling around Ukraine sharing their stories with others in the form of bi-monthly zines/newspapers. 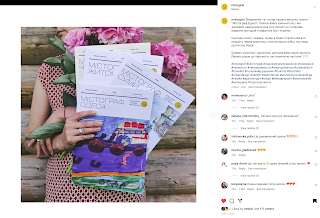 I love that kids contribute to these publications and maps are my favorite images for a long look but even from a quick flip through the pages you get to know both the place and the family a bit. I enjoy popping up on their youtube where you can see some videos from the travel and events and how Tanja and Jaroslav create works together. Mixture of drawings from life with cartoons and comics, use of text in sketches, interesting notes about working on location, interviews with locals - all can be found there. Also, Mistograf's work is an example of how people brought their Ukrainian language to a new level and they inspire me in their writing too. 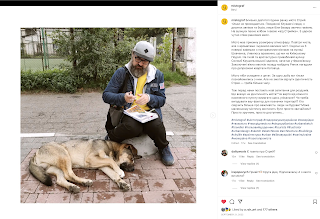 They have a whole series now - covering the cities of Chernihiv, Zhytomyr, Sumy, Odesa, Ivano-Frankivsk, and small cities of the Lviv region and there will be one about Kharkiv - but that is a story for another post!
Right now you can read these in Ukrainian but there is an English version for Ivano-Frankivsk and others are in the works.
You can learn more about this amazing family of artists and sketchers at the English version of their site:
https://www.mistograf.com/en - you will find ways to support them via PayPal or Patreon (and on the site as well). 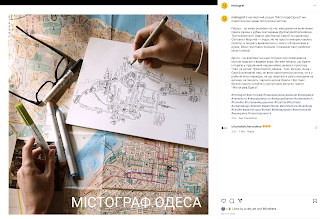