March 9
It was their neighbor’s 80th birthday - nobody knew about this but she arrived in the morning with a bottle of wine and a proposal to celebrate in their apartment. So they called other neighbors and had a party for the second day in a row. The day was quiet in this part of Kharkiv but other parts were under fire and the bombing got much closer while we were talking :( Mom says that while she was cooking carrots for the party she almost forgot about the war. It is Taras Shevchenko’s birthday - he is probably the most known Ukrainian poet but he was also a wonderful artist, illustrator, and folklorist, and a very prominent public and political figure, a champion of personal independence and independence of Ukraine. 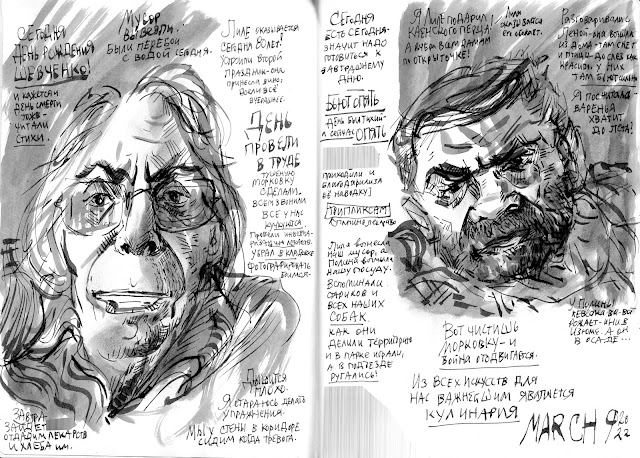 March 10
The bombing of the city continued, sometimes closer to them, sometimes further away. I heard the sounds of explosions many times today during our call. Neighbors decided that from now on one meal a day they will be spending in their apartment and they even discussed the menu for tomorrow! They lost the water for the part of the day and were very concerned about it but then it was restored and number of times they told me many times how much joy it brought to them to have water again. And the heating still works (it was -9C when I called and will drop to -18 this weekend). Mom said: It is so nice that we have people to share with - food or knowledge or stories. Sharing is a basic human need I think. 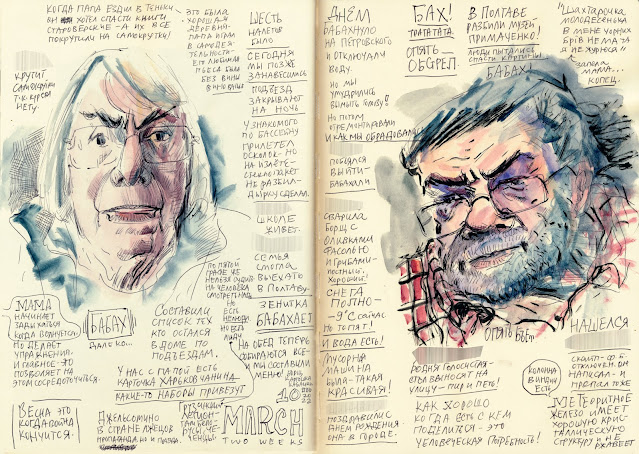 March 11
Dad got his main meds! The bombing continued - but their part of the city was not hit today. Two woodpeckers came to the tree nearby. More people brought food and some paper products and eggs! Mom remembered some polish curses that she heard from her mother-in-law who was Polak (from Poland) and used it when a loud military airplane started flying over. "Will they never answer for this?" Asked Mom. 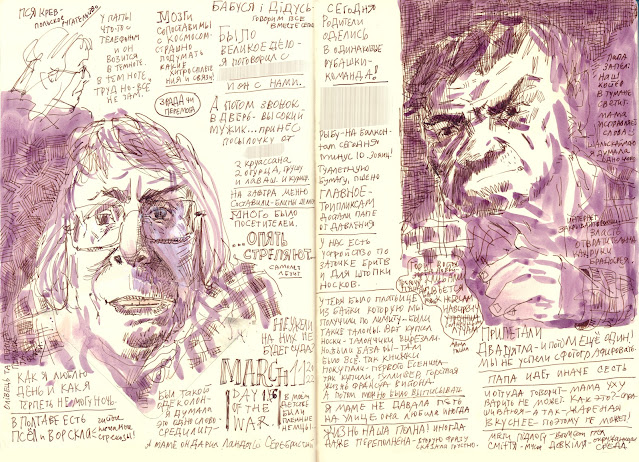