Daily conversation with my parents. (They are in Kharkiv, Ukraine). These are days 19, 20 and 21 since russia invaded Ukraine, their city is under shelling from day 1.

March 14
The connection was much better and they could see us all the time which was a gift to all. The day had a motley of events. The Center of Kharkiv was bombed, very close to where they live which was very scary and loud. But there was some good news from the part of the family that left the city and they decided to limit time spent near the TV and took care of some chores, cooked and hosted dinner with the neighbors. My Dad congratulated me on Pi day :) 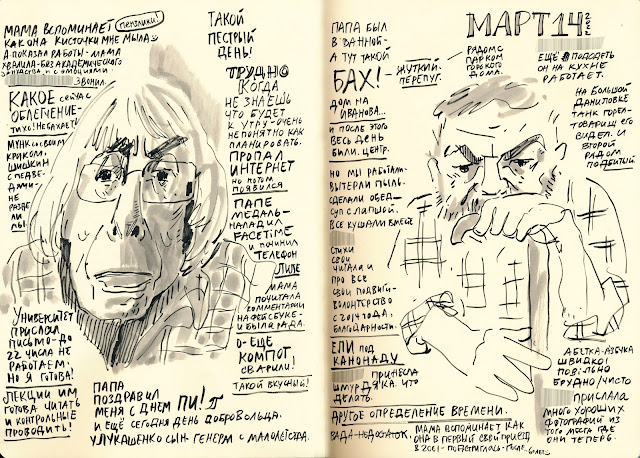 March 15
The neighbor’s grandson was born during the night! Many thanks to the medical personnel as a c-section was needed. This was a reason for a celebration and another feast. Medicine was delivered by the Red Cross - not the one we hoped for but useful for other people in the community and there was a bag of potatoes, toothbrushes, and crackers in the package too. I learned that one of the neighbors (who evacuated earlier) left his cat and chinchilla and the remaining neighbors are taking care of these animals now. Chinchilla already managed to run away once but not too far - took only two hours to catch it. Too bad my parents did not participate in that expedition - I think it would be a good physical activity. Mom said that the fact that she does not hear well sometimes helps her in life. Like she slept through some air raids during the night but Dad was up all night. 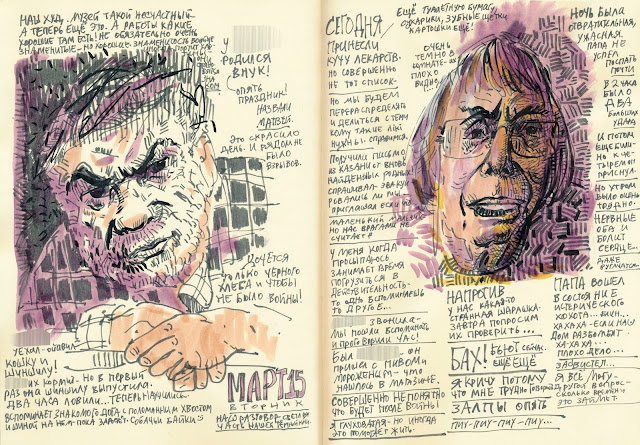