March 12.
This conversation was hard. (my parents are in Kharkiv, Ukraine). The connection was poor and they almost never had enough bandwidth for video. Bombing which started in the night was so loud they both did almost did not sleep and then did not have much energy during the day. But the weather was gorgeous and neighbors came over for another feast together. Volunteers brought crepes with meat and they made soup out of fish that was delivered earlier so the food was abundant and unusual which helped a little. 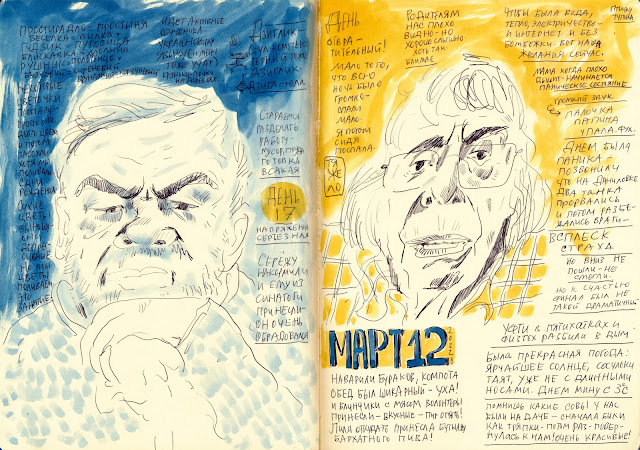 March 13.
Today’s conversation with my parents was better than yesterday. (They are in Kharkiv, Ukraine). The connection was still poor, and they mostly had audio but I saw them all the time. The bombing continued on and off. But there was a long enough break during the day and the weather was so sunny that they went outside to stand in the sun for a few minutes. Mom got to walk a tiny bit but then the air raid siren sounded and they rushed back inside. Mom says that all the disagreements and misunderstandings are forgotten now between people. There are those who wish Ukraine to survive and those who don’t. There is only one goal - to make sure that Ukraine survives. And then she suddenly says: “We always were lucky and had good people in our lives.” 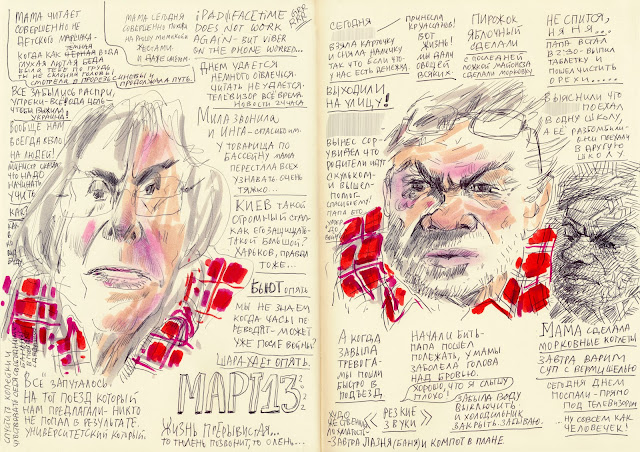